Elizabeth finished her swimming lessons and loved every minute. By watching these videos you can see how much she LOVES water. This group we did not go in the pool with her as she was supposed to have a buddy with her, the buddy never showed but she did pretty well without. It was a pretty anxious 30 minutes every week as you may see Elizabeth has NO sense of danger with water and can get a bit carried away. We had a couple close calls in the beginning and only once did they have to pull her from the bottom of the pool, she came up with a big smile and asked if she could do it again. Her teacher would keep the class close to me at the edge and I would remind her to keep on the step to wait her turn and grab her when she was floating (or sinking by). I constantly tell her Dr's how she is in constant motion and these clips are a good example. Elizabeth got her report card and has graduated to the next level which is pretty cool.
at 10/28/2009 2 comments: 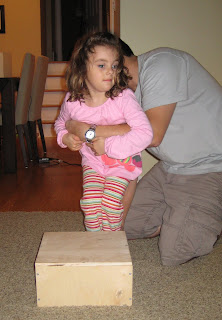 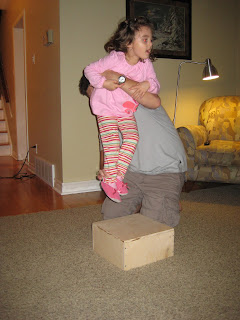 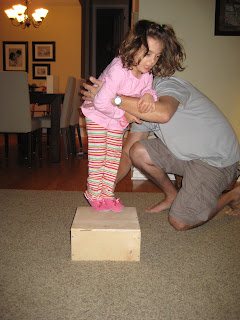 Elizabeth is desperate to jump. She frequently is in awe of other children jumping and asks me why she cannot jump too. At her gymnastics it is somethings that we struggle with as a lot of the exercises involve jumping. She has a trampoline at home and she recently has began to jump on her trampoline while she is holding on to the bar. To see if we can help her with jumping independently we are using Ramon's philosophy 'train the brain' and using his CME Medek jumping exercise to teach her how to jump. The exercise mimics what her body would do if she is to jump and with enough repetitions she should have the skill mastered (I think it is 1500). The biggest obstacle for her being able to jump is her uncoordination which sends her limbs flying in all directions when she tries to jump, the CME exercises puts her body through the motions of jumping. She has been working hard with Dad at her jumping and today at gymnastics she jumped a couple of times and actually got her feet off the floor for a brief second. Her gymnastics coach and I were ecstatic and Elizabeth was so proud of herself.
at 10/22/2009 3 comments: 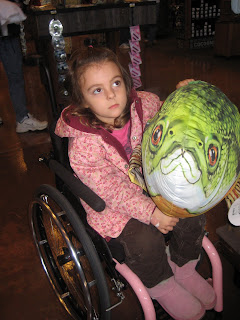 Elizabeth had a busy Saturday. She had her 3rd MRI done and hopefully this will be the last. I really did not want her to have another one and did not feel comfortable having her under General Anesthesia again but after talking with her Developmental Pediatrician it was decided that we should have another one done. To recap; her first MRI was pretty normal which obviously did not make sense so her Neurologist sent us to Sick Kids to have one done and that one came back with changes. Her Neurologist despite Elizabeth always improving is concerned that the results from her 2nd MRI were indicative of a degenerative disorder therefore ordered another MRI. As there is still not a complete diagnosis for Elizabeth and a recent illness had her with extreme weakness an MRS was added to this MRI to rule out Metabolic conditions.
Elizabeth was so good during the whole procedure before she was sedated she told the Anesthetist knock knock jokes and was so cooperative with the Nurses. Elizabeth had me in tears when she asked if I would stay by her to protect her while she slept, I stayed until she was asleep and the Nurse got me as soon as she woke. Sick Kids were so good with her, they sedated her with a mask before inserting an IV and were able to do some needed bloodwork for me once she was asleep.
Next month we will see her Neurologist and the Metabolic team to discuss the results and I hope everything will be unchanged.
Elizabeth was pretty groggy and was not up to walking until later in the day so Gram's and I treated her to a free ride in her new wheels (shiny pink Ti-Lite wheelchair) and took her to her favorite mall for a quick treat. Elizabeth really wanted me to buy her the large mouth bass pillow but we settled for a Mickey Mouse snow globe instead, she also suckered me into buying a new dress for as well. Days like this she can get a lot out of me and as she gets older she may start to take advantage of this.
at 10/20/2009 3 comments: 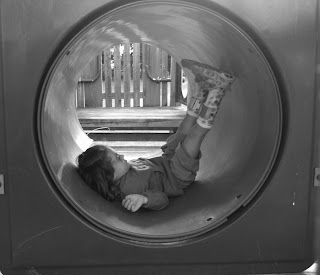 Elizabeth's Resource Consultant met with us to discuss Elizabeth's progress in the JK program. Elizabeth is doing great; she is initiating play with some of the children, she is sitting her in new chair and completes her seat work independantly and is answering all the teachers questions correctly (even if it is not her turn). Elizabeth has decided to call herself Eliz and now signs her schoolwork with Eliz which I think is pretty smart as Elizabeth is such a long name to print.
One thing her RC mentioned was other children are noticing Elizabeth's differences and asking questions and how would we like her to respond. What do you say to other children without labeling Elizabeth and having her stigmatized? Do we talk about how she was tiny when she was born and needs more time to get stronger or do we say she is wobbly and needs extra help? Do we have this discussion with Elizabeth present and include her? I thought we had a couple years before these questions would begin.
at 10/15/2009 3 comments: 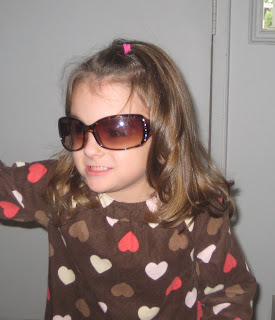 The old Elizabeth is back, she is now Artane free and tons of fun. Until she has been weaned off I did not see how much of an impact it had made on her emotional state. She wakes up happy, she is laughing, her nervous clapping and hands in her mouth are gone and she has not had one meltdown. I forgot in such a short time how easy going and fun she can be. We do notice that her walking is more unsteady and her falling has increased which is unfortunate but we will take a happy, funny, wobbly child anytime over a nervous, emotional, steady child. We will see her Movement Disorder Neurologist soon but other than Deep Brain Stimulation I don't think there is much else we can do to improve her dystonia and at the present the idea of brain surgery is not something we are willing to try.
Elizabeth is now our resident comic and loves telling knock knock jokes and of course she is back to her mischievous ways, I have warned her teacher but I don't think she knows what is coming.
at 10/14/2009 3 comments: This weekend was our Thanksgiving Day long weekend. Elizabeth enjoyed an extra day with Daddy at home. We had a busy weekend; we went pumpkin picking, to a fall fair where Elizabeth watched the Demolition Derby which she thought was great fun and of course we had a turkey dinner with our family. Elizabeth worked really hard at making turkey place cards for everyone at the table, they turned out great and of course Elizabeth had fun getting messy with paint.
We hope everyone had a great weekend. We for sure are thankful for Elizabeth and all the joy that she brings us everyday.
at 10/12/2009 2 comments:

Recently our local news ran a story about CME and the work of Ramon Cuevas. Elizabeth's first Physiotherapist Simona is also featured in the clip, Elizabeth took her very first steps with Simona.

We feel very strongly that CME Medek has enabled Elizabeth to walk independently, I am fairly certain that without CME Elizabeth would be using a walker. A couple of weeks ago we saw Elizabeth's Orthopedic Dr (the one who told me it was time to get Elizabeth an electric wheelchair to keep up with her friends) and she could not believe the progress Elizabeth has made in the past year HA HA.

Presently we are not doing CME at home as Elizabeth is walking quite well but we are ready for the next growth spurt to begin again to give her stability. 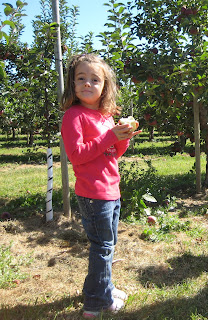 Labile was the word the Nurse used to describe the mountain of emotions Elizabeth is going through at the present. I have been playing phone tag with the Nurse this week to decide what to do with Elizabeth and the horrible side effects she is having from the Artane. It pretty much starts as soon as she wakes in the morning looks outside and cries out 'mama there is no sun, oh I am so sad' and it goes in waves throughout the day. Her once a week meltdowns have turned into 5-6 a day of inconsolable crying over fairly minuscule things and at times Elizabeth is so beside herself she just climbs back in her bed begging for a nap. We have tried to ride out the symptoms and there are days when she is better but as soon as we increase her dosage (as ordered weekly) it starts again. We are also finding she is beyond distracted, extremely spacey and quite constipated. For us to know if the Artane helps her dystonia we need to reach the highest dose and presently she is on 1/3 of the dose. We have noticed she is walking better and she is spending less time in her AFO's but is it the Atrane or is just her continuing to improve?
We cannot abruptly stop the Artane as it needs to be weaned slowly. We are hoping that in a couple weeks time she will be back to her old self as things have been pretty rough for her and us. We are so looking forward to having the the mischievous witty kid back.
at 10/04/2009 3 comments: